The rise of spin in Twenty20 cricket could probably never have been predicted when the shortened format first began in England 20 years ago.

But the legacy of the great Shane Warne and the success of England’s Adil Rashid has meant leg-spinners like Jake Lintott are now rightly in high demand.

Lintott, 29, had to wait for his chance. The Birmingham Bears leggie with the quirky action only signed his first professional full-time contract with Warwickshire last February.

But he finished 2021 as a medal winner in the inaugural men’s Hundred.

Having initially earned a short-term Bears deal for the T20 Blast in August 2020, his late-season form earned a Hundred contract with Southern Brave. He then played an important, eye-catching role in helping them win the trophy at Lord’s.

The man dubbed the ‘Jamie Vardy of Cricket’ by Bears T20 captain Carlos Brathwaite believes a key reason for his progress is the positive culture around spinners in the England men’s white-ball team in recent years – a trend picked up by the counties.

“Our value has definitely gone up,” said Lintott. “England’s focus on getting big totals and letting a wrist spinner do the work has helped.

“You can now see that mindset filtering down into counties as there are hardly any teams without a leg-spinner in the Blast this year. It’s good to see us getting backed across the country.” 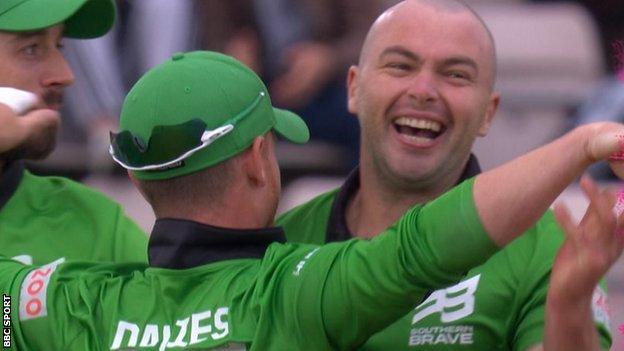 In Lintott’s case, that backing took longer than most. But it was T20 cricket which belatedly gave him his break, breathing life into the career of a cricketer, who, through no fault of his own, could have been lost in the system.

After his T20 debut for Hampshire in 2017, he then played three games for Gloucestershire in 2018 before Warwickshire took the plunge last year with that offer of a three-year contract.

‘I don’t go searching for wickets’

Lintott failed to take a wicket in 39 overs on his one County Championship appearance for the Bears against Worcestershire last summer. He will hope for greater success on Friday when the two sides meet again in the Blast at Edgbaston.

But Lintott is finally reaping the rewards for what he calls “a lot of hard work”, having followed his Hundred heroics with short-term deals for Barbados Royals in the Caribbean Premier League last September, and Fortune Barisal in the Bangladesh Premier League in February.

The past 12 months are when “everything clicked into place”, he says.

He is unique, but for all the talk about his action, he likes to keep things “simple”, bowling his regular stock deliveries.

His googly has proved a menace in the Blast this year though, deceptively spinning away from right-handed batters and even leaving new Bears T20 wicketkeeper Alex Davies scratching his head behind the stumps.

Davies told Lintott last week that ‘no-one can pick it’.

“I get a lot of success when people end up swinging across that ball,” adds Lintott. 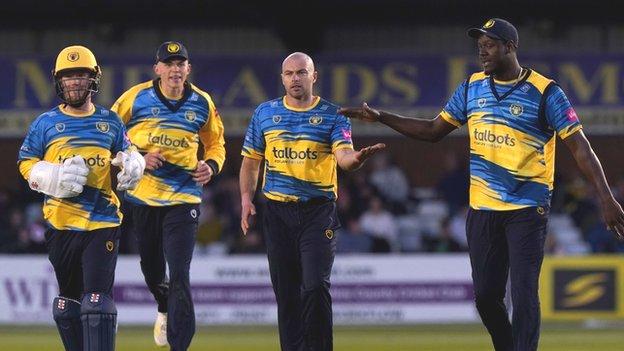 “Perhaps I’m slightly different to the way spinners up and down the country work because I don’t go searching for wickets.

“Instead, I’m thinking about shutting batters down, and not getting hit. Batters then go looking for things, and that’s where I get my success.

“I’m not sure why people can’t pick it but that seems to be the case. It’s going nicely at the moment.”

His career T20 economy rate stands at just over seven runs per over and his third campaign for the Bears has brought similar returns to his first two: 16 wickets so far at an average of 20.81, with an economy rate of 8.32.

“Analysis is a real positive,” he insists. “I focus a lot of my time and energy on researching batters, working out how to prevent them from hitting the ball out of the ground. I have a pretty good idea of what they are trying to do when they face me.”

He pauses, sensing the next question, then adds with a grin: “I’m not going to give that away though.”

Tour commish: LIV is an ‘irrational risk’ to golf

In the Qualifier 1 of the IPL 2020, the defending champions Mumbai…