After losing three out of the last four Eastern Conference Finals, the common theme has been some iteration of “this is a young team and they’re future is bright.” Whether it was the upstart Celtics of 2018 that went toe-to-toe with LeBron James without Kyrie Irving and Gordon Hayward or this year’s bubble team that was the youngest roster in the playoffs, the promise of youth has always been a popular refrain.

This year is different though. With Jayson Tatum’s ascension to All-Star and then All-NBA, Jaylen Brown not that far behind, and a bench built on ten players on rookie contracts, Boston again lost a series short of The Finals, but now, promise is something they can build on and not a pipe dream filled with upside and potential.

Of course, there are two All-Stars in the room who are still very, very good. Gordon Hayward and Kemba Walker will be 31-years-old in the middle of next year’s regular season. Hayward will most likely be in the middle of the final year of the max contract he signed back in 2017. Walker will be in the second year of a four-year deal. Both max deals currently occupy roughly 70% of the salary cap in large part because of the luxury of having Brown and Tatum still on their rookie contracts. To Hayward and Walker’s credit, they’ve recognized that while they’re key cogs to the Celtics’ championship plans in the present, Tatum and Brown are arguably the best players on the team already and they’ve taken back seats to their ascension.

All that changes heading into next season. The first year of Jaylen’s $115 million extension kicks in and if Tatum signs his this fall, his presumed max starts in 2021. As it stands, Ainge has expiring contracts staggered in 2021 (Hayward), 2022 (Smart), and 2023 (Walker). To put that into some perspective, consider that the age difference between Brown/Tatum and Hayward/Walker is roughly the life of two max contracts, making each offseason a possible inflection point with an eye to what supports Brown and Tatum long term. A lot can happen in three seasons–including competing for championships right away–but every free agent signing, every trade, and every draft pick should be motivated by making that window bigger and bigger.

Danny Ainge could really commit to going young in November and December. He’s limited by a roster crunch and the salary cap, but embracing the youth movement could be the long term play that extends Boston’s championship window for years. Admittedly, it’s a tough needle to thread: find free agents in the duo’s age bracket (presumably players that weren’t extended after their rookie contracts) who can contribute right away.

So, instead of going after an established guy like Serge Ibaka or Jeff Teague, how about pursuing one of Tatum’s good friends, Harry Giles? Could the Celtics take a flyer on Josh Jackson or Juancho Hernangomez, castoffs from Brown and Tatum’s draft classes? A two-year MLE deal could serve as a great look-see opportunity for a young and hungry player trying to find a young and hungry team. That could lead to Early Bird Rights and a chance to be on a contender heading into their prime years alongside the most exciting twosome in the NBA. 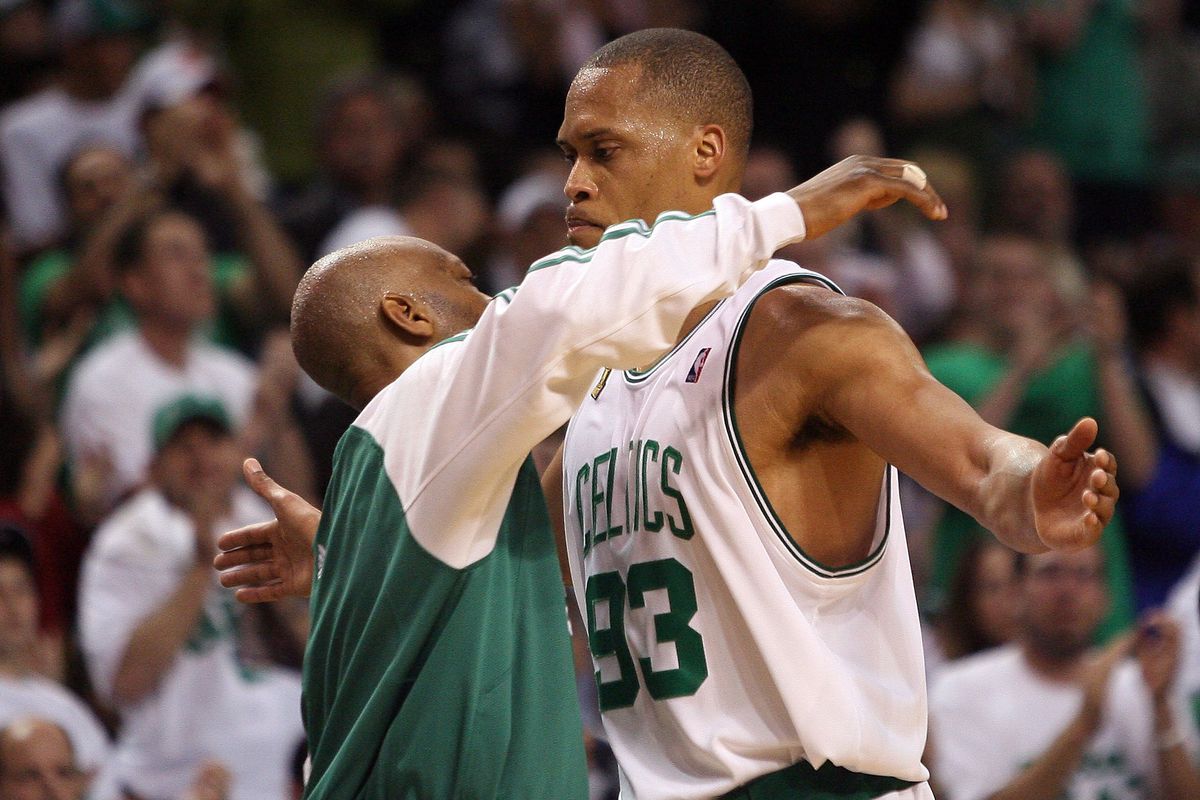 The urge to stock the shelves with established veterans makes sense. In the Celtics’ lowest moments in the playoffs, they didn’t have players off the bench to settle things down. Confidence morphed into bravado. Youthful exuberance festered into immature outbursts. When Boston raised Banner 17 to the rafters, they did it with the help of a 38-year-old P.J. Brown and a 38-year-old Sam Cassell on the sidelines and occasionally on the floor. The value of experience particularly in sports and at its highest levels in the playoffs is immeasurable. The only thing comparable is maybe doing it yourself.

After losing Game 6, so many of the players talked about enjoying the year despite all the mounting circumstances of a global pandemic, social injustice, and the pressures of performing in a bubble. Several Celtics were hesitant of even going for the restart, but the chance to be with their team and find joy in the process was enough to unanimously go to Orlando. They like each other and it’s that chemistry that Ainge needs to build on. That may mean more growing pains, but the strides that players like Grant Williams and Robert Williams showed in the bubble make it all worth it.

Not every player is going to pop and with three first round picks next month, Ainge could potentially have three more shots at finding another diamond in the draft. He’ll tinker with possible trades to address pressing needs and yes, will undoubtedly look at some veteran help. But this is Jaylen and Jayson’s team now, and it should be built in their image.